Confession to the Thirty-Five Buddhas 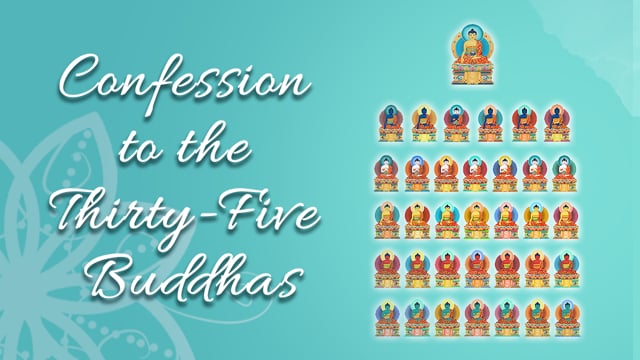 In Buddhism, the practice of confession comes in various forms. In the Mahayana tradition, there is a popular practice called Confession to the Thirty-Five Buddhas. It is practiced both in Tibetan and Zen schools; however, it forms only a small part of a larger practice found in Zen Buddhism.

What I like most about this confession practice is that it lists, in detail, the unwholesome deeds we may have done. This way we can really make a heartfelt confession and finally move past our previous unskillful actions. Another great aspect about this practice is that a lot of attention is given to rejoicing our positive deeds and dedicating them as well, so that we aren’t overwhelmed by regret, but also uplifted by the good we have done.

In this video, I lead you step-by-step through the practice of Confession to the Thirty-Five Buddhas, so that you can incorporate this practice on new or full moon days, or even as a daily practice.

Members’ Videos
A complete list of videos only available to members.

Pilgrimage
Join Mindah on pilgrimage to India and Nepal.